Community Campus has received a number of awards since it’s establishment in 1987: 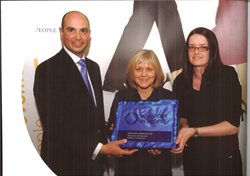 Our biggest awards are detailed on the following pages.

Community Campus '87 Ltd
Time To Talk Day is all about creating supportive communities by having conversations with family, friends, or colleagues about mental health. We all have mental health, and by talking about it we can support ourselves and others. Even just sharing a cup of tea and a chat or a walk and talk can make all the difference. Ask questions and listen, show you want to know how someone is really doing.

Community Campus '87 Ltd
Make space in your day this Time to Talk Day for a conversation about mental health.
Don’t try and fix it. Often just listening is enough.